Script Writing:
Write a script for your story first with a beginning middle and end.
The beginning should show how things normally are in the world of your story and then it should introduce a problem.
In the middle the problem gets bigger and bigger.

End: All the problems are finally solved. Things might go back to the way they were before, or things might have changed forever. You can also introduce a new problem here to give the sense that the story and the wold of the characters continues.

When you have finished writing your script, make sure you number each line. You will use these numbers later.

Recording:
Record each line using a microphone (you can even use a phone if you don't have special equipment). Say the line number before recording a line, then wait three seconds before saying the line. If you make a mistake say the line again from the start.

Record each person as one file - use the same recording/file for all the lines. This will be easier to edit later.

Audacity:
Take the files off the recorder and put them on your computer. I like to make a project folder and then another folder inside that called raw. 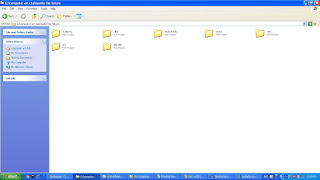 Open up the file in Audacity.
You might need to use the magnifying glass if your file is long. Then go back to the selection tool.
Listen to the recording first.
Select a line from the recording.
Hold CTRL and then press B
You can now write a name for the file. It is easiest to write the line number first and some more information like: good, noisy, bad, too quiet, angry, awesome. If you did the same line a lot you can also write e01 for the first one and e02 for the second one and if it is a long line then you can break it down into part 1 and part 2. The full name might look like this: 51 e03 part 2 awesome. 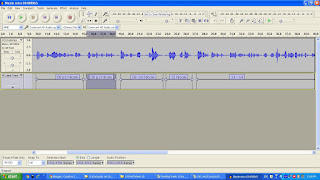 When you are finished with all the tracks click file -> export multiple and then choose where you want the files to go (export location -> choose) usually I put the files in a folder called 'clips'. It is also good to turn off "overwrite existing files". Then hit 'Export'.

Then click file -> save as
I like to save my audacity files in a folder called audacity inside the project folder.